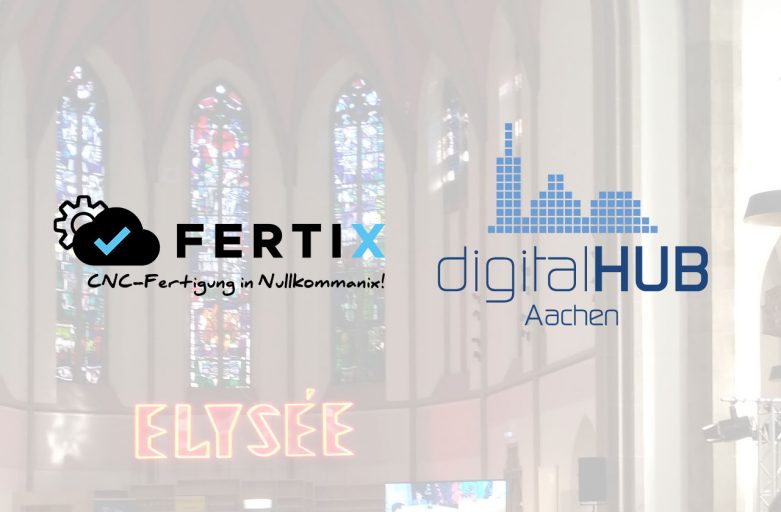 FERTIX was successful with its application to the incubator program of digitalHUB Aachen in cooperation with the Entrepreneurship Center of RWTH Aachen University. As one of five teams it will soon be in the nine month program.

The initiative Aachen digitalisiert! (Aachen digitalized!) was one of six winners of the contest „Digitale Wirtschaft NRW – Hubs“ that was held in 2016. As a result, Aachen, as well as Bonn, Düsseldorf, Köln, Münster and the Ruhr Area recieved fundings to be flagship regions for the digitization. In late summer of 2016, the digitalHUB Aachen officially began its work, and is now an advocat for Aachen as a place for IT business.

The inauguration of Germany’s first coworking space in a former church in July was a milestone for the digitalHUB Aachen. The coworking space now brings startups, industry, science and research closer together, there are talks and other events about digitization and related, interesting topics. The team of the digitalHUB Aachen itself also moved to the church, which consequently is now called digitalChurch.

The latest project of the digitalHUB is an incubator program, which is organized in cooperation with the Entrepreneurship Center of RWTH Aachen University. In a nine month program, young startups in the pre-seed phase will be provided with everything they need for a rocket start. The program covers trainings, coachings and the access to the innovation network Factory Berlin. The digitalHUB joined Factory Berlin just recently in July. The startups that have been selected for the incubator also have the opportunity to use the new coworking space.

We are thrilled that we have been successful with the application and that we will be part of the incubator program beginning September. We would like to thank the digitalHUB team and the Entrepreneurship Center of RWTH Aachen University for this unique opportunity, we are looking forward to the time in the incubator!